Showing posts from August, 2011
Show all

Catch as Catch Can

I have SO much to say and I keep putting off writing in this blog! That only made things worse, so here goes, pimples and all! SMOKING: I think I have that kicked again. I was smoking for about ten days and it has been almost a week now, since I quit...again! I plan to not start next time until I am 75. WEIGH IN: A shocking 4.5 pound loss! I keep thinking the scale has to be broken. I've been limping along with one pound (or less) gains and losses for weeks now. I hope the new exercise program is what is kicking off the pounds! The food is staying the same. VIRTUAL 5K: Yes, that button on the right says I have entered "Trick or Treat Trot - Virtual 5K" over on sparkpeople.com. I am becoming a convert to their website. It has more than I need and I only have to take what I want from their site, to use to my advantage. Not long ago I read a book about a lady who ran her first 5K. I have seen stories on TV about how people who started to take care of themselves an
Post a Comment
Read more

Another gain today. What have I done wrong? I checked my foods and the calories are not there. I know I exercised more than normal this week. On Tuesday on a different scale, it showed a hugs loss. I was expecting several pounds gone today! They keep hanging on to me! Or am I hanging on to them??? So what was the problem? I've been eating more yogurt than normal (three or four for 'dessert') and eating it shortly before bedtime. How can THAT be the issue? I have done that before. I am not sure. Thank goodness it is only a half pound- ish . This next week I plan to do Yoga on Monday and Wednesday. I plan to stay on task with my foods. I also will not buy strawberries because they led to a feeding frenzy this week of strawberries and yogurt. It works so well here to keep the foods I crave the most, out of the pantry and fridge. See you next week!
Post a Comment
Read more

In case some of you worried, I am doing fine. I have stopped smoking again and don't plan to use that terrible crutch for a long time, if ever! With that and the end of summer there are so many changes coming up! I love it! I am back at the center and scouting out new ways of exercising. I plan to try a variety in order to stir things up! I also took advantage of the free blood pressure, weight, and health check-up today. This happens each Tuesday. I was tickled to find out that I had lost 17 pounds over the past ten weeks. I did it! I made it through in flying colors! Yay me! :D I hope your summer is ending on a positive note! I adore autumn and can hardly wait for the weather to change. More walks with Ziva sound divine! Have a great week...one step at a time.
Post a Comment
Read more

I am talking some sense into my brain. I need my old pal Eeyore to tell me to knock it off and get back into the healthier lifestyle I have been working towards. What happened? Not much. I did gain a whopping point four pounds. That is less than a half pound. This past week has been rough. We sold our RV last weekend and it was so very hard to let go of it! We had had such fun in it as we traveled throughout northern California, as musicians at various renaissance faires ! Then when we were forced out of CA and moved to Arkansas, it was our home for six weeks. Anyway, we were very attached to that silly hunk of fiberglass and metal, but it was time to let it go. The process really went well. We sold it to the first party that looked at it. The process also triggered a LOT of emotions. In the midst of all this, I have basically plateaued on the weight loss. I tried to say it didn't bother me, but it did. I did a stupid thing. I turned to my old nemesis, the cigarette. Yes, I
Post a Comment
Read more

I figure that if I learn something that I didn't know, there may be others who don't know either! That is why I am writing this entry today. What I recently read about was in regards to ingredient labels on various foods. Most of us know that the manufacturers list the foods in order of most to least. If a food is mostly water, water is listed first. If a food is mostly say...peas, then peas would be listed first. Here's the kicker though...(unless this has changed and I didn't catch it)....say you are reading a food label and you see fructose listed as the tenth ingredient. This seems pretty good, right? The sweetener is way down there. Let's say the 12 th ingredient is molasses. Cool, right? The sugars are way down the list of ingredients. This must be a good food, right? Wrong!!! Because the manufacturer does not have to list all sugars together , they can use several different types of sugars to make it seem like smaller amounts, therefore
Post a Comment
Read more 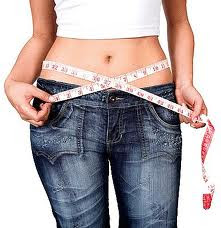 Later today I plan to take my measurements. I don't do this often because I find that while I DO lose the pounds, I don't lose the inches yet. At least not to MY standards! I lost three pounds last week! That would be three of the above photo or one of the picture below: That burger doesn't even look good! (shudder) I have been busy this week. There is one more week of summer vacation left for my son. Once he is back in school, I am back to the center! I am looking forward to changing up my exercises. I was shocked at this week's loss too! I wonder what will happen when I start doing more cardio and weight lifting? I want to remind you to keep reading those food labels too! The manufacturers are getting sneakier and sneakier!!! Recently a food was found that sounded really really good! It was low in calories and fats but presented itself as a tasty treat. In reading the fine print, however, it was noted that the calories and fat listed were for a half serving. If y
Post a Comment
Read more
More posts