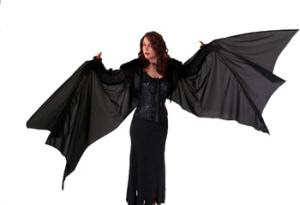 Why DO they call those underarm flaps, bat-wings??? I think that is rather insulting to bats, don't you?
Have you seen any of these shows:
"Heavy"
"The Biggest Loser"
"Extreme Weight Loss"
I've seen all three of these shows since I started working on my lifestyle changes. I have been very disappointed. I really wish they would share more helpful ideas, along with the sensational weight losses and contests. I guess that doesn't make for good television ratings though. Here are my notes on all three:

THE BIGGEST LOSER: Didn't they have more of the 'how-to do tips' during the first few seasons? These days, I watch The Biggest Loser to get a tidbit of motivation here and there. What comes to mind from this most recent season was the talk Jillian had where she parroted back to Hanna (or Olivia?) what they used to say to themselves about not being deserving or good enough, etc. I also loved the challenge where they had to carry the weight they lost. I am sure there were other bits I took away from the shows, but overall, I don't like the unrealistic approach of losing so much weight so fast and having to commit to hours and hours in the gym to stay thin.

HEAVY: I liked the earlier episodes better than the later ones. I got more out of this show than the other two. I feel like it was more personalized and was addressing not only the exercise, but the foods, and the mental work to become thinner and healthier. I also think the weight losses were more realistic. Of course I wish I had the money to go to those resorts! Wow!!! Again, I felt the earlier episodes were better than the last ones were, when they changed to the second health resort.

EXTREME WEIGHT LOSS: Big disappointment. I didn't mind the weight loss goal setting. Some people I know have said they had issues with that. They thought the girl was being asked to lose too much, too fast to win a prize.

All I kept hearing in my head were ALL the bribes my father tried giving me in order to get me to lose weight as a young girl! (they didn't work then either) Then the girl on the first episode made the comment that she was working out 4-5 hours a day!?! You couldn't do that if you were on your own and had to hold down a job could you? Maybe it would work if you had oodles of money so that you didn't have to worry about living expenses.

b-founded at the part about her getting surgery for excess skin removal before she was done losing the weight. The only reason I heard for this was that they said it was because she was chafing. I just think it was too soon for her to have that done. Pass her some Gold Bond powder for crying out loud!

IF I were to lose that much weight, I would hide my flappy little arms until I proved I could keep it off for a while, before spending the money to have it surgically removed. She was in her early 20's for crying out loud! HER skin will shrink back. I will watch a few more episodes to see if they get any better.

COMMENT: Just as an aside...In my 20's (1981) I had gastric bypass surgery and lost almost 200 pounds in one year. Skin does eventually shrink. Now, in my mid-50's I am losing the weight that came back on when I got pregnant, a year after that surgery. I had three (wonderful) kids in five years and gained about half the weight back. I was stuck at 270-280 for 20-some years. As of today I have lost a little over 50 pounds since November and can almost fly like a glider squirrel because of the skin flaps under my arms!

My old skin won't shrink as much as a younger woman's would and I plan to just deal with it....unless maybe...if I win the lottery...then I might consider some tucking here and there! lol

Anonymous said…
Sherri,
I love your blogspot and am very impressed with your weight loss progress--you go girl. I was in your weight loss class yesterday and made the comment about appreciating your tip about the caramel greek yogurt which I eat a lot for breakfast now. Thank you for your kindnesses and willingness to share your helpful tips! Glenda
6/05/2011 09:03:00 AM

Sherri said…
Thank you Glenda! I honestly hope that in some way my little blog will help someone out someday! I never know who is reading for sure and may never know who benefits or not, but I like to think sharing this journey is a good thing for others as well as for myself!
6/06/2011 12:17:00 PM

Andee said…
I too have lost 57 pounds recently..though I have gained some back and am afraid to look. I am getting back on the bandwagon though..thanks for helping motivate me! Have you ever watched "Ruby" I think that is more realistic of the actual struggle...she tries hard, harder, then lies to herself about how off track she is and then tries again..kind of like me!
6/17/2011 12:30:00 PM

Sherri said…
Thanks for commenting Andee. You motivated me back! I just cannot give up this time. I have in the past, all my life and I am tired of it! I hope you do get back on the bandwagon and enjoy your life more again too!
I have not seen Ruby. I will see if we get it.
I see you are a quilter too! When I started this journey last fall, I made it a point to move to music while ironing or rotary cutting fabric! It might be a tad dangerous so I wouldn't recommend it, but hey, aren't we quilters an odd bunch anyway? :)
Thanks again and feel free to stop by any time!
6/17/2011 02:11:00 PM 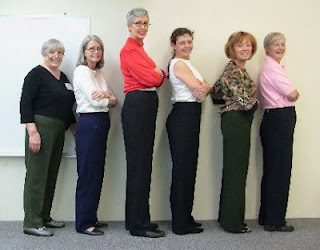 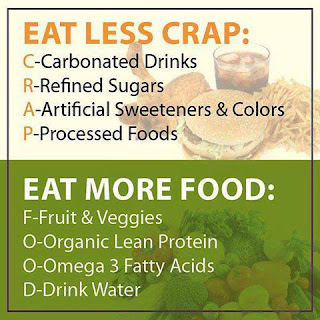 I recently did a body fat test, using one of those gizmos that runs a current through your body. It doesn't hurt by the way. Now if you have a pacemaker, it could hurt you, so use with caution, if you do use such a tool. It showed I had a little over 38% body fat. I should be about 5% lower for my age. According to the manual that came with it, I should weigh about 165 pounds. This new information gave me pause to consider setting that as a goal-weight to achieve. I would have 24-25 pounds to lose. Do I want to really put in the changes to achieve this? I honestly am not sure yet. I saw this on FaceBook the other day and thought it worth sharing: Clever!!! Some of you know that I struggle with self perception. I found this photo of five women who all weigh 150 pounds: I feel like I look like the second woman from the left. Today I am not so concerned with what I look like I weigh. I know, to most others, that I am at least a little overweight but not grossly so
Read more 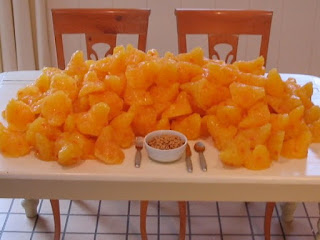